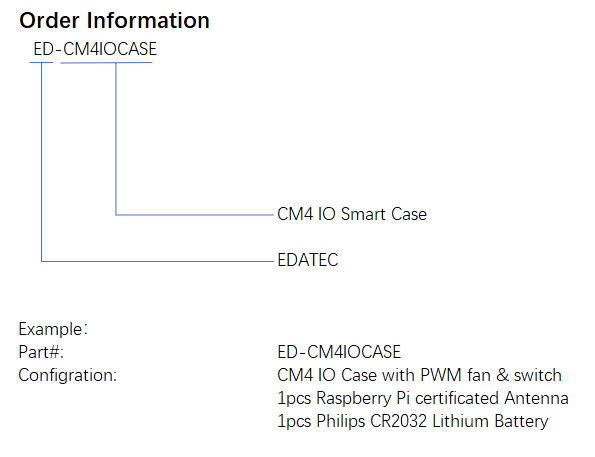 CM4 IO Case is a kit which specially designed for Raspberry Pi Compute Module 4 IO Board. It can turn Compute Module 4 & IO Board into a commercial industrial computer for the end applications.

1.  Key Features:
One-Click Switch
One-click switch is to control the system power on and shut off by GPIO3 on 40pin connector & the software running on Compute Module 4, unlike traditional switches which just control the power supply of the board by cutting off or powering on the hardware. Cutting off the power during Compute Module 4 operation may damage the file system and cause the system to crash.

Hardware Protection
The case perfectly fits the mechanicals of the Raspberry Pi Compute Module 4 IO Board, and all interfaces are led out of the enclosure. The metal case provides excellent shielding and protection for Compute Module 4 & IO Board.

Cooling Compute Module 4
A 12V/60mA silent fan is installed directly over the Compute Module 4, which is isolated from the case by four silicone washers, these silicone washers greatly reduce the noise magnification by the case.
The fan can reduce the CPU temperature by maximal 20°C and heat generated by the whole system is dissipated by the fan through the slots at the sides of the case.

Front panel of the case

Rear panel of the case


Internal structure after the Compute Module 4 & IO Board installed 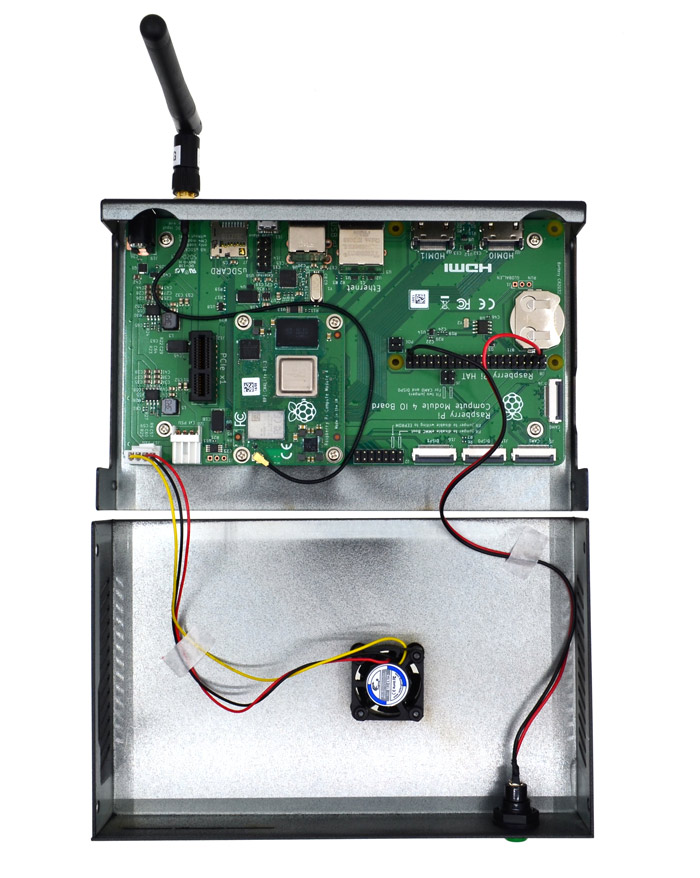 1.      Q: Can I install CM4 Cooler into CM4 IO Smart Case?
A: No, you can’t. You don’t need an additional heatsink for Compute Module 4 since the fan on CM4 IO Smart Case provides the excellent cooling performance already.